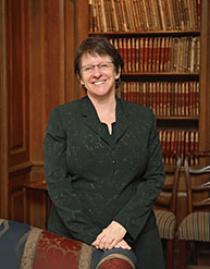 She teaches and does research on politics and state development; social theory and knowledge, and early modern European states and empires. Her book The Familial State: Ruling Families and Merchant Capitalism in Early Modern Europe won the Gaddis Smith Book Prize. She also writes about how Wikipedia and other crowd-sourced platforms represent academic knowledge. At Yale she has chaired the Sociology department and the Council of Heads of College; directed the Division of the Social Sciences, and served as Deputy Provost for Social Sciences and Faculty Development and Diversity. For her departmental webpage, check out http://sociology.yale.edu/people/julia-adams

Julia Adams is married to Hans van Dijk, and between them they have four children: Lydia, Cassidy, Sebastian, and Andrew. Andrew, the youngest, recently graduated from Bates College. Julia and Hans have four grandchildren – Emmett, August, Dee Dee, and Otto – who live in Auckland, New Zealand and whom they try to visit as much as they can!

Not-so-guilty pleasures? Sci-fi and fantasy books and films; concerts and other cultural doings in New York City and environs, and swimming in icy bodies of water … including in Lake Superior, off the Oregon coast, or in the Adirondack Mountains. 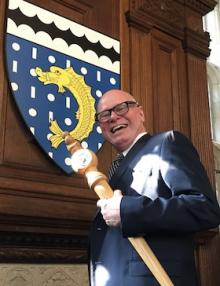 Hans taught American history at the University of Auckland in New Zealand before returning to the U.S. in 2007. He then worked as an institutional fundraiser in higher education and is now retired. In addition to his family, his passions include early American history; the Adirondacks; museum-going in New Haven and New York; cooking and eating good food, and professional baseball and basketball.

Besides their four children and four grandchildren, Hans and Julia have an enormous plecostomus, a tortie cat (Nini), and an English Lab (Moby), who is one of the youngest Hoppers.