The College Aides are essential in helping the college run smoothly. Their usual base of operations is at the front desk in the Head of College’s Office, where they check out keys to the basement activity rooms; receive and distribute mail; maintain the college bulletin boards and website; conduct tours; handle forms and purchases (trips, spirit wear, etc.), and answer student questions. They help students who have been locked out of their suites and generally troubleshoot!

The Aides also work in the House at College Teas, Study Breaks, Mellon Forums, and the monthly Fellows’ dinners. College Aides also assist with the opening of the college and first year student move-in at the beginning of the academic year and with commencement activities at the close of the academic year. Hopper’s College Aides are an integral part of day-to-day operations. 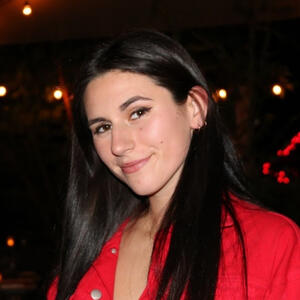 Elizabeth Cordova is a junior from St. Louis, Missouri majoring in Computing and the Arts and is one of the Head Aides this year. She is on the Yale Undergraduate Prison Project Board and works as a graphic designer and software engineer on the side. In her free time, she enjoys reading, photography, and hanging out with fellow Hoplites. 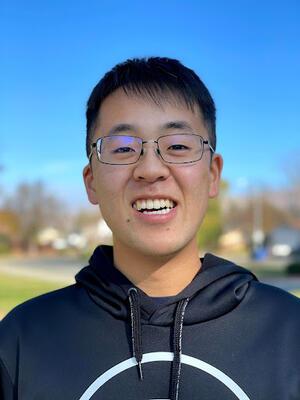 Justin is a junior from the San Francisco Bay Area majoring in political science with a certificate in Spanish. In addition to being one of the Head Aides, he is the President of the Japanese American Students Union and is an Urban Fellow working at Connecticut Veterans Legal Center. In his free time you can find Justin running to East Rock, watching Warriors basketball games or learning other languages. 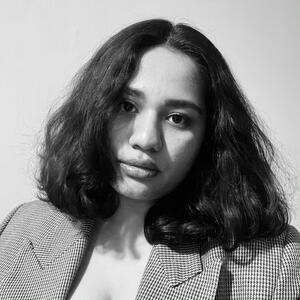 Lumisa (she/her) is a sophomore pursuing a major in astrophysics. She is originally from Kathmandu, Nepal, but currently resides in Williamsport, Maryland. She is a member of astronomy and physics organizations (ex. SPS) at Yale; additionally, she is involved in the work of the Endowment Justice Coalition. You can likely find her accidentally asleep in the ~comfy~ buttery couches, mid-p.set. 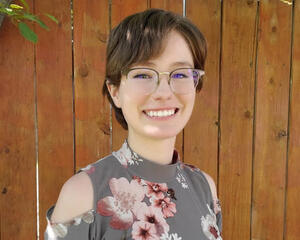 Emily is a sophomore from Spokane Valley, Washington, majoring in political science. Some of her other interests include psychology, anthropology, and basically any other social science! In her free time, she likes to run, watch TV, explore campus, and attempt (often poorly) to try new hobbies. Fun fact: Emily bakes when she gets stressed, so keep an eye out around midterms and finals seasons! 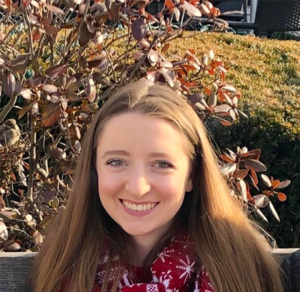 Hannah Cevasco, GH ‘24
Hannah is a Computational Biology major and Global Health Scholar from the SF Bay Area. She founded GRC Yale (a nonprofit consulting group), serves on two Dean’s committees, and works in the Gerstein Lab. When she’s not in class, she enjoys baking/eating desserts of any kind, watching rom-coms with friends, and attending musical performances on campus. 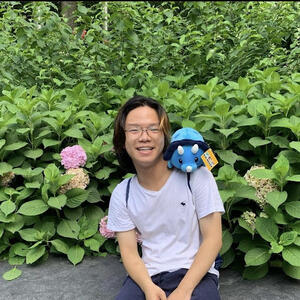 Jian is a sophomore planning on majoring in mathematics. He is originally from China but currently living in Waterbury, CT. Aside from procrastinating his work, some of his hobbies include stalking people on Spotify and making playlists for his friends. His favorite music genre include pop-punk and Taylor Swift (yes it is it’s own genre), but is always open to suggestions so don’t be afraid to send him any music recommendations! 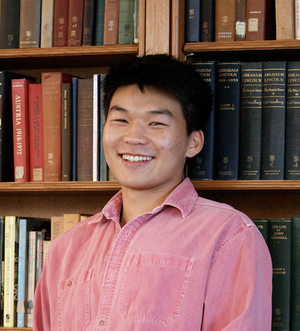 Austin Cheung, GH ‘23
Austin is a mechanical engineering major from Rockville, Maryland. On campus, he’s involved with the Yale Undergraduate Aerospace Association, Matriculate, and Sigma Nu fraternity. In his free time, Austin loves chilling in one of the Hopper hammocks, exercising, and exploring New Haven restaurants with friends. 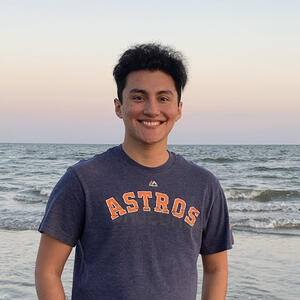 Luke Elizondo, GH ‘23
Luke is a junior from Houston, TX, majoring in History on a pre-law track. He is a member of Sube, Yale’s Latinx Business & Leadership Association, and plays for Hopper’s IM basketball team. While he’s procrastinating on his assignments, his hobbies include watching movies, playing sports, exploring New Haven, and hanging out with friends. A fun fact about him is that even though he’s from Texas, he loves to ski! 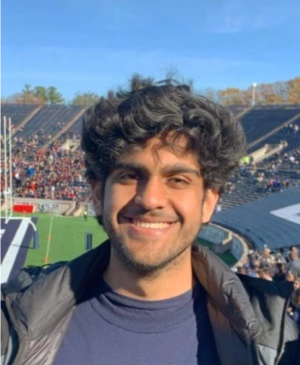 Shirshak Gautam, GH ‘23
Shirshak is a junior from Fayetteville, Arkansas. He’s thinking about majoring in mechanical engineering, but is also considering biomedical engineering. Shirshak volunteers at New Haven elementary and middle schools through DEMOS and STARLAB and is also a staff member of the Yale Record. When he is not aimlessly walking around campus playing Pokemon GO or devouring those heavenly Slifka cookies (iykyk), he loves playing FIFA and watching Netflix with his friends. 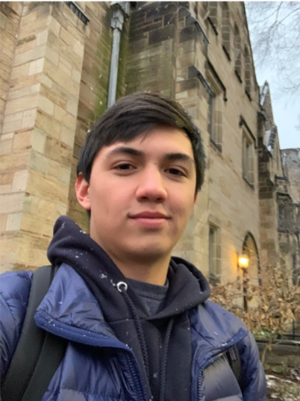 Zachary Ledesma, GH ‘24
Zachary is a sophomore from the San Francisco Bay Area interested in pursuing History. Outside the classroom, Zachary is involved in the environmental/political organization S4CD and is a part of the TEDxYale team on campus. When he is not studying or working for one of the above groups, Zachary can usually be found playing pool in the Buttery any time of day. 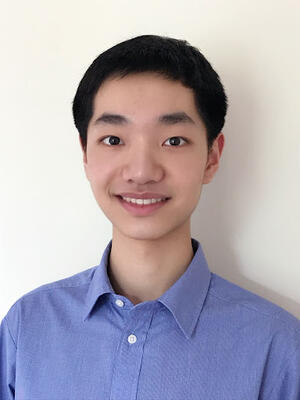 Ethan Liu, GH ‘24
Ethan is a sophomore from New Jersey, near the Princeton area. He is interested in both economics and chemistry. Ethan is also the director for Yale Undergraduate Science Olympiad and conducts computational chemical research. In his free time, he loves taking photographs and chatting with friends. Growing up just fifteen minutes from Princeton University, Ethan has always loved the amazing architecture and atmosphere of historic colleges, so he also enjoys taking walks to look at all the cool buildings on campus! 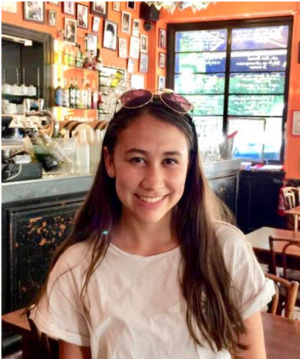 Jessica Romero, GH ‘24
Jessica is a sophomore from Phoenix, Arizona. She is (probably) majoring in Comparative Literature, and is also interested in history and religious studies. Some of her favorite activities are participating in intramural soccer, studying at the CEID, and relaxing in the beautiful Hopper courtyard. She also loves to play the piano! If you ever can’t find her, it’s probably because she’s in one of Hopper’s music practice rooms. 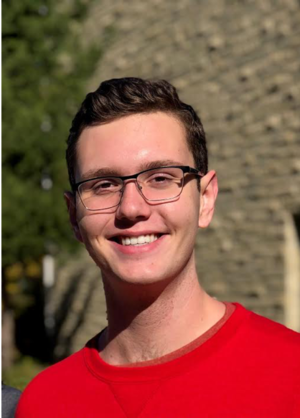 David Saunders, GH ‘23
David is a junior from Toronto, Ontario planning on majoring in Astrophysics and Film & Media Studies. He’s involved in the Society of Physics Students and Yale Cinematic Productions. In his free time, he loves writing, watching movies, and playing basketball with his friends in Hopper! You can find him eating in the Buttery more often than he’d like to admit. 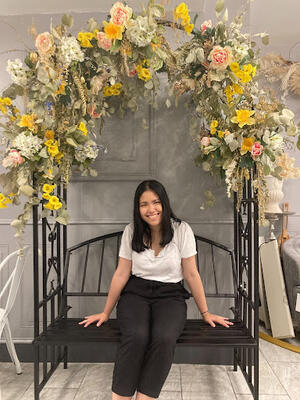 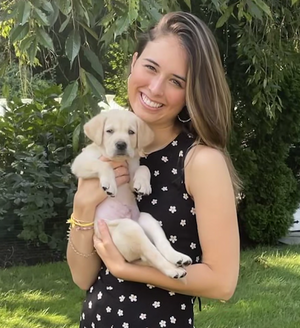 Julia Sulkowski, GH ‘24
Julia is a double major in neuroscience and English from CT (born and raised! :) ) If you can’t find her she is probably reading under a tree or going on walks around campus to find cool coffee shops and artsy videos for her one second a day. She loves being a part of YCC and HCC and is so excited to spend her first in person year on campus. But if you ever see her in the Hopper dining hall, (because lets be honest-its the best because of the people!) please sit down and say hi! 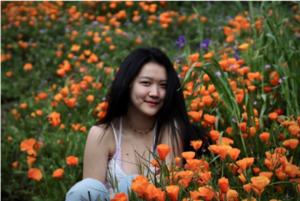 Connie Tian, GH ‘23
Connie is a junior from California studying Molecular, Cellular, and Developmental Biology. She is a member of the Club Soccer Team, Community Health Educators, Yale Undergraduate Science Olympiad, and is a research assistant in the Turner Lab. In her free time, she enjoys exploring coffee shops in New Haven, painting in the art studio and practicing piano in the Hopper basement. 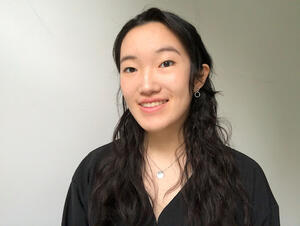 Carolyn Qu, GH ‘24
Carolyn is a Sophomore from New York, majoring in Computer Science. Outside of classes, she co-leads the product design team for Yale Entrepreneurial Society Internship Program, helps organize Y-Hack, and plays sports like tennis, volleyball, and table tennis for fun! She is also in general interested in design work, making Youtube videos/taking photos, and baking with friends.
Additional NavigationClose