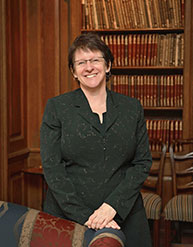 Graduation at … TCFKAC? Of Liminality and the Future

To Seniors, Families and Friends; Dean and former Master Jonathan Holloway and Associate Master Aisling Colon; Members of the Calhoun Staff; Calhoun Fellows, thank you. We are almost there! In my final five minutes, while I still have your attention, I am going to speak about just that, the quality of being almost there: of liminality, between-ness, and the future.

It’s been a tumultuous year in Calhoun College. From the get-go, in early September, and whether we wanted to be or not, we were there in the thick of things. I probably don’t have to remind you that we hosted our first then-‘Master’s Tea’ of the year with Yale historian and Calhoun Fellow David Blight. And that Tea, which was extraordinarily rich, was about who else but John C. Calhoun – the name; the man and his relationships with others (especially Frederick Douglass) and the implications for the present day. The press was already swarming. After all, this was but a few days after President Salovey and Dean Holloway’s stirring Freshman Addresses on the power of historical names and symbols invested in portraits and built forms at Yale. Even before that, a year ago last spring, our college had reopened these questions at a meeting of the Calhoun Fellowship dedicated in part to race, the long historical arm of American slavery, and family ties. This was a great discussion with our Fellow Edward Ball that took place under the portrait of Calhoun then hanging over the mantel in the House living room. After September, events came thick and fast – including the many positive ones that we at the college organized and in which many of you participated. Hans, Dean Ruiz and I have been proud of you – in fact your whole families can be proud! – for the thoughtful way that you participated, often under quite challenging conditions.

All of this did drive some of you justifiably crazy. Admit it. Throughout the year, we were intermittently beleaguered by the media, some of which specialized in a kind of guilt by association. Most of the press outside Yale did a pretty poor job of accurately covering the story, and certainly the representation of Calhoun College on social media bore little relationship to real life. Even the most responsible traditional reporters seemed to have trouble grasping that Calhoun College is not a Confederate flag or a simple stone monument but rather a community that is diverse in every way. The views of that community on the space in which – and the community with which – it … we… live are just not reducible to a quick sound- or e-bite. Some of us even changed our minds over the year, right? It would have been nice to see that reflected in print.

All the brouhaha sometimes made it feel as if we had an extra, not entirely elective, course on our schedules – and one whose requirements were vague and kept changing! (Good thing it wasn’t graded.) Some people, quite understandably, wanted to ignore it altogether, although that became increasingly difficult. Eventually the Yale Daily News even began running meta-stories about whether students were growing tired of the stories that it itself was running. Still, I confess I never thought that ‘the conversation’ was tedious. Stressful at times, but not boring. Nor do I think it’s concluded. Calhoun – whom I refuse to refer to as “He Who Shall Not Be Named” – has been reaffirmed as the legal name of the

college, but that remains culturally contested terrain. For Yale students, including many of you, went on to symbolically withdraw that name, in a movingly executed ceremony on Cross-Campus Green, and the decision and that ceremony left the college – and to some extent its community – in a kind of liminal state. We will be there, wandering in the wilderness, not for forty years (I would wager) but at least for some little while.

Now, liminality is fascinating. We owe the concept itself to anthropology, via Arnold van Gennep and Victor Turner, and it refers to the kind of ambiguity, oscillation, and malleability that characterize a ritual or a consequential, marked social passage: when the people participating have surrendered their old statuses and identities but have not assumed the new. They stand at the threshold (limen, in Latin), neither in one firm place or another. And with that strange moment comes opportunity: multiple possibilities beckon. (A graduation ceremony is a kind of liminality in miniature.)

With respect to the Calhoun community, that sense of liminality had already been creeping in when Hans and I arrived in summer 2014 … collectively, you had tiptoed toward it with delightful locutions, like Hounlove, The Mother Houn, introduced by Dean Woodard, Aisling and Dr. J. But now, at the institutional level, we are really there – with a nod to Prince – at the fullblown TCFKAC. The College Formerly Known As Calhoun. Ironically, the very reaffirmation of the name has dramatized that liminal status, and even kicked it up a notch. We at Calhoun College know that … the outside world doesn’t, yet. I expect it will soon.

Liminality can signal danger. What if one forsakes an old identity and proves unable to fully assume the new? One can hover on the threshold for a long time – virtually forever (think of Toni Morrison’s Sula or the cautionary tale of the curdling of endless possibility sans choice embedded in Henry James’ Beast in the Jungle). People and not just fictional characters do do that at times. For that reason I trust that Calhoun College won’t linger forever betwixt and between. But liminality is also about agency. It’s a rare chance for renewed and joyful individuation, the power to choose new things and ways to be.

Seniors, for you as graduates, that rare and fabulous chance is now. Dean Ruiz spoke of your new beginnings, and at this particular liminal moment that’s part of what we celebrate. It makes us very happy to see you embark on the next stage of your journey. My hope is that you’ll take more than a little bit of Calhoun College with you on the way. No, not the portraits, or the dour memorabilia enshrined in our Parlor! The community; your friends; your collective struggles and successes; the cosiness and gemutlichkeit, and withal a sense of humor about it all.

Here at the college, things will remain more complicated for a while. Admittedly how to live with a name that is not our name – yet is – is even more of a conundrum than it was before the naming decision. The CFKAC. Really? The complexity of our t-shirt designs alone boggles the mind! But even in this messy case, liminality has spelled opportunity. Thanks in part to the senior class, throughout the year, the college has been a model of informed discussion, fellow feeling (for example in the December Calhoun-community-only gathering in the dining hall), civil discourse, flashes of political poetics and, as in Calhoun students’ spectacular meeting with representatives of the Yale Corporation, coordinated argumentative intervention. The senior class and many other Calhoun students have helped all of us in the college and more broadly raise the level of discourse.

This is important, because such circumstances will become yet more challenging this year, certainly in the United States. Could the erosion of public civility in the national political discourse, especially in the presidential primaries, have been any quicker, any more stunning? I doubt it. By civility, I don’t mean mere politesse, but respect for others in the civil sphere, even when they don’t live up to their best roles and expectations. All of us are imperfect; we try to hold ourselves and others to those standards nonetheless; we don’t always make it. But we must try. Genuine civility is a bedrock condition of academic teaching and research, expert argument and problem-solving and wider democratic political pursuits. Civility is a historically hard-won alternative to authoritarian violence on the one hand and administrative diktat on the other. Centuries of struggle have made it possible. It is part of the deep structure of democracy.

There are times when civility necessarily breaks down, when differences arise that can’t be bridged by means of civil discourse or any kind of informed expertise. America’s Civil War is a prime example. If you think back once again to one of the most poignant parts of our September Tea with Professor Blight, you’ll recall his mention of Frederick Douglass’ continual discourses with, and against, John C. Calhoun, which he carried on even after Calhoun’s death. According to the social norms of the day, which were enforced by violence (and Calhoun’s own predilections), Calhoun could not have reasoned discourse with a Black man, much less a woman of any color or creed. In such cases, there can be no real dialogue, no civil sphere, no civility. What followed at the time was breakdown, and war. Yet Douglass persisted as long as he could, and brilliantly so, because he was committed to the future, and to a democracy whose sustaining language was the inclusive, egalitarian civic dialogue that we continue to hold by, that continues to inspire us. We would do well to remember Douglass’ example today, when – though it is nothing like the 1830s and 1840s – civic dialogue is once again endangered.

Seniors, as you go out and make your different ways in the world, I know that you will continue to inform yourselves; vote, and work on behalf of bending the moral arc toward justice. I know that because I know you! You’ll be prepared to talk and listen to your neighbors, your colleagues, your civic allies and antagonists. And I am so grateful for that, because we all need you. Despite its many imperfections, our noisy and rambunctious democracy – and the world – depends on your knowledge and academic training, your passionate participation, and your care and commitment. Good luck! And thank you.